The Weaponization of Art 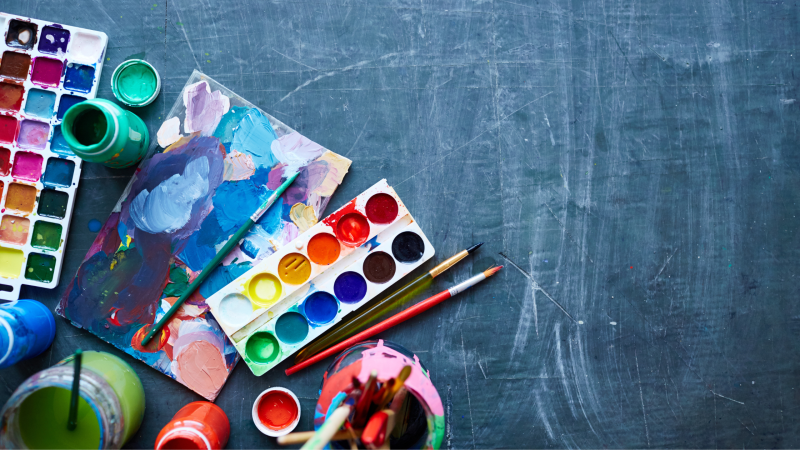 Education today has been hijacked by a woke mob. That goes for professional education associations, including the NEA. This observer spent the better part of thirty years teaching a subject that some find both esoteric and mysterious: visual art. But, like any other academic subject, visual art has a corpus of teachable, concrete knowledge. The preeminent professional education association for visual arts educators is the National Art Education Association (NAEA). I have been a member since 1988. Now an Emeritus member.

Recent topics highlighted in the National Art Education Association Official Journal, Art Education, have been focused on easily politicized issues such as race and gender. What do race and gender issues have to do with learning art fundamentals? How about nothing! Those are topics best left to more mature minds who have been taught the nuances of art and are ready to express their beliefs and feelings with more substance, experience, and knowledge of life in general. Unfortunately, many of today’s art educators—or teachers in any subject area for that matter—are fresh from teacher training with heads full of leftist hogwash. They may be ready to convert the world into a socialist utopia, but they aren’t ready to teach the fundamentals of artistic design.

Using the emotional rhetoric (which plays easily to those less burdened by intelligence and common sense) of the Diversity, Equity, and Inclusion crowd (DEI), art education, as well as all other academic areas, has been weaponized into a tool of the far left. Recent articles (which must be peer-reviewed before acceptance and publication) in the NAEA Journal include:

Brave Spaces and Next Practices: Reimagining the Preparation of Art Educators (from new online teaching strategies to antiracist approaches to the training of art educators).

Moving Toward Culturally Sustaining Pedagogies in the Arts With Funds of Knowledge and Lived Experiences (…lived experiences through culturally responsive frames).

White Saviorism: Visual Racial Literacy (A White teacher seeks to avoid viewing underserved communities from a deficit perspective and guide her students to do the same).

A Not-so-New 21st Century Skill (What do art teachers need to know and be able to do to teach effectively and responsively in the context of racial inequality?).

Art education has traditionally been viewed even by its practitioners as the one subject area that has remained free of political pressure; nonetheless, it, too, has been overtaken by wokeness. Under a newer, younger leadership, NAEA is being led into an alternate universe where up is down, love is hate, and good is bad. In a frantic effort to demonstrate to the world how tolerant they are, NAEA is paving the way for its own existential destruction.

Art, as an academic subject, has never taken itself seriously. Perhaps that explains its attraction to fringe individuals who use the arts as an excuse to justify their sociopathic tendencies. The new NAEA leadership is using the current political climate as an opportunity to elevate the academic status of the subject among other politically corrupted academic areas. Current art class projects now encourage such things as representing indigenous or minority people with dour expressions so as to reflect their supposed ongoing oppression, but not before the students in question are compelled to admit their own oppressive privilege. Angry, poorly scrawled protest slogans supporting one or more dissenting groups of fuming activists are looked upon by many of today’s woke art teachers as masterpieces. Hateful catchphrases crudely inked by Sharpie markers on a ragged piece of cardboard nailed to a stick is not art…Trust me.

Introducing students to the ways of protest and political activism sets the tone for anarchy in society. NAEA, by forcing their agenda onto innocent children in order to reorganize society contributes to the chaos. America was not established to be an example of what not to do but became a system that the world envied (or did until recently when confusing social trends took center stage).

A new curriculum has replaced traditional Discipline Based Art Education (DBAE). Now, the curriculum is often referred to as Student Centered or Choice-Based Education. The subject has morphed into one that emphasizes feelings and emotions in the place of artistic proficiency. The curriculum now gives much of the academic prerogative to the students—many of whom, by the way, lack the experience to make rational decisions regarding their academic goals. Student-Centered learning is an archaic concept that failed the last time it was tried in the 1970’s (Open Classrooms).

Yet another strange and weird add-on is one given the tag of “Safe Spaces.” Safe Spaces??? The art room has always been a safe space, protected from the demands of the academic rigor of “core subjects”. In the art room, there have always been right and wrong answers, as there are (or should be) in any other subject. It is the art educator’s job to find meaning and merit in the responses presented by his or her students. In Visual Art there are a number of factors to be considered: relevance and quality of the visual presentation, exploitation of the knowledge of the subject, and workmanship, and use of the materials (media). Under the postmodern art regime, assessment and evaluation (grading) have taken a back seat to emotions and feelings.

The new goal of NAEA is the industrial-scale production of climate-change and non-binary warriors. The art room, once a bastion of safety from the vicissitudes of the world has been lately transformed into a center of anarchy by the statue-toppling, virtue signaling adherents of the DEI agenda.

Speaking of DEI…There has been no other “educational” model with as much negative impact on the curriculum than this overblown, ridiculous trend. D is for “Diversity”, which underscores the multiplicity of ethnic and/or racial variations within a society…giving special recognition and acclaim to members of certain groups (racism?). E is for “Equity”, as opposed to Equality…equity supports equal outcomes not equal opportunity. I represents “Inclusion”, or “as long as you think properly, you shall be included”.

NAEA is frantically striving to outdo all other academic subject areas in their zeal to show their virtue-signaling wokeness. It is, perhaps, because they feel that Art Education has never been taken seriously. We (art educators) have all heard the line that goes something like this: “Art is not a serious subject. It is fluff and should not be part of the core curriculum. Art is a snap subject where the less gifted go to earn credit.” Many of us carried on and were beginning to see Visual Art being taken seriously by the academic gatekeepers. But recent trends in leftist dogma have given rise to an inexplicable focus on social justice, climate change, gender identity, and race. The NAEA no longer makes a move without input from the newly signed-on Director of DEI. If these letters appear anywhere near your children’s school, make a noise…make a very loud noise. This insanity must be brought under control. Better yet, it must be removed from schools all together.

This brings the discussion to that of the current teacher shortage. There is no teacher shortage. There is, however, a shortage of people dedicated to the endorsement of a woke curriculum in the classrooms. There is even a shortage of substitute teachers! This alone speaks to a clue that the current curriculum being flogged through the schools is massively unpopular. That and the lack of structure and discipline being encouraged (or discouraged) directed at the students by building administration.

What is happening now in the schools is the grooming of future members and leaders of the population, preparing them for the weird, strange, and odd ideas that will be presented to them in the universities when they get there. The National Art Education Association, along with all other high-end professional education associations will lead the future off the cliff in the name of Diversity, Equity, and Inclusion. Oh, and don’t forget the pronouns thing.