Are You a Mean Parent? 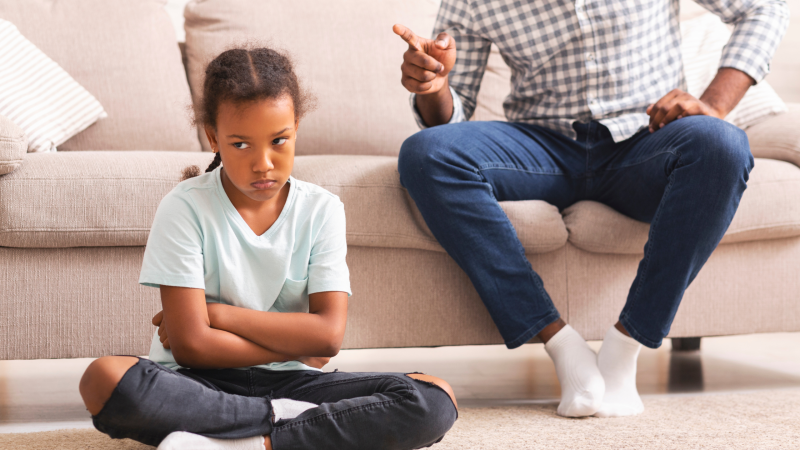 She's the mother of a boisterous and very strong-willed 5-year-old girl. "I yell all the time," she said.

Her expression changed to bewilderment, and she stared at me for several seconds before asking, "What is it, then?"

"It's not anything but yelling. As you've already discovered, it accomplishes nothing, unless you consider the guilt you feel afterward an accomplishment. Your problem is not that you're too mean, it's that you aren't mean enough."

After another bewildered look, she asked, "Not mean enough?"

"Right!" I said. "Not mean enough. In order to accomplish what you want to accomplish with this very headstrong and active little girl of yours, you're going to have to get really mean."

"Let me explain. Mean isn't screaming and yelling. That's an out-of-control, end-of-your-rope, I've had it!' response. Mean isn't cruel either. Truly mean parents are calm, consistent and insistent. They do not tolerate misbehavior. Therefore, they do something about it long before they get to the end of their proverbial ropes.

"Mean parents are assertive. They don't give second, third and fourth chances. They insist that children do what they're told the first time they're told. They don't count to 10 or engage in other equally ridiculous games of chance. They don't make threats; they make promises. Meanest of all, they keep their promises.

"Mean parents are consistent. They uphold the same standards from one day to the next. The ways they enforce those standards may vary from situation to situation, but the standards do not. Their children can therefore rely upon them. They learn to trust that what their parents say is exactly what they're going to do.

"Mean parents don't run interference for their kids. They don't make excuses for them. They let them make mistakes. They let them fall flat on their faces. They allow them the benefits of learning by trial and error, with emphasis on the error.

"It's very simple, really. Mean parents make rules and enforce them dispassionately, without any great to-do. Their children may not like the rules, but they respect them.

"But," she said, "my daughter already accuses me of being mean."

"She doesn't know what she's talking about. She uses the word because she's learned it jerks the rug out from under you. When she calls you mean', you get upset, you start explaining yourself, apologizing, compensating and so on. As it stands, the word mean' makes you feel like a bad parent. But to a truly mean parent, being called mean' is the highest of compliments."

"But don't children grow up to resent you if you're mean?"

"There you go, confusing mean with nasty. Mean parents create a loving climate characterized by certainty and security and trust. What's there to resent?"

"It sounds like being mean is really being kind."