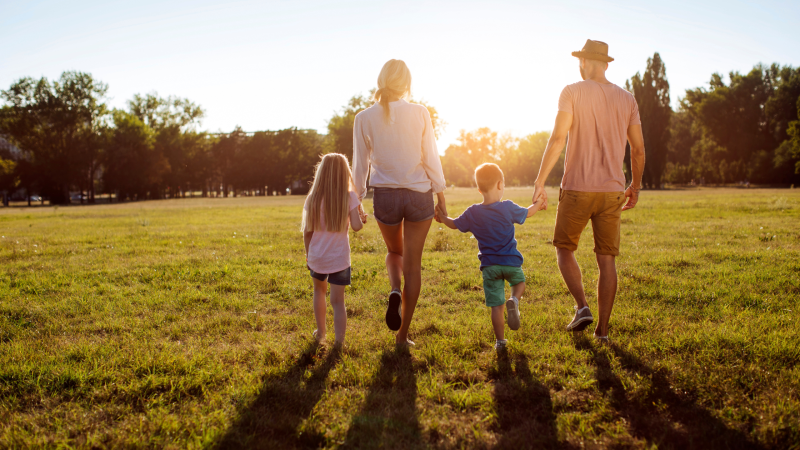 The following email was recently sent to me by the mother of an eight-year-old girl whose resident demons had been sent packing after I began working with said mom and her husband. Just kidding about demons, of course. Then again, I don’t know. Maybe the kid DID have demons. Sometimes I wonder. (For the record, the Bible says there are demons and that they “possess” people, and that’s good enough for me.) Whether supernaturally inhabited or not, the child was described as monstrous. She threw monstrous tantrums when she did not get her way. She was monstrously defiant. She did other monstrous things as well, monstrous things too numerous to mention. After several phone conversations, a month or so passed and I received the following email, which has been altered slightly to prevent breach of privacy (For example, I made up Hermona and Nayrab, albeit those names probably exist, somewhere in Whoville):

Hi, John. We last spoke after Hermona had been “kicked out of the garden.” The plan was to send her to her room for infractions pertaining to school, and to give her one thirty-minute time-out otherwise before sending her to her room for the remainder of the day with bedtime immediately after dinner. After speaking to you, we tweaked things a bit and decided to give her two thirty-minute “chances” before being banished. That’s worked well for us. There were a few holiday-related events we didn’t want her to miss; however, we required that she have "good days" prior to them. We defined a good day as one during which she never exceeded the two thirty-minute time-outs. After a couple of weeks on the program, we realized she does better when she has clearly defined goals, so we told her we would require her to have fourteen good days from that point before she could begin earning privileges back and moving on to the next phase of “The Program,” as we call it, and if she had a bad day, she would have to start the fourteen days over. We posted the 5 D’s (disobedience, defiance, deceit, destructiveness, and disruptiveness) on the refrigerator for easy reference. She successfully completed fourteen days at which time we gave her stuffed animals back (so they would no longer take up space in our room) and allowed her to choose one other thing. She chose her decorative pillows, which I found to be a beautiful example of the simplicity with which she has learned to be content.

During the preceding month, Hermona read many books and enjoyed them, and even brother Nayrab watched significantly less television. We told Hermona that during the next phase of the program she can earn something back each time she reaches five good days. We will continue to be largely screen-free, and play dates and activities must be earned by not having bad days prior to them. All things are subject to be cancelled for bad behavior and throwing a “fit” is an automatic bad day.

We took the kids to the mountains for their main Christmas present. While there was some whining, bickering, etc., as kids will do, overall, the children behaved well, and it was one of the least stressful trips we’ve ever been on as a family. On Christmas morning, the kids had a small number of simple gifts and were thrilled. Upon our return, Hermona had about four good days before having her first bad day in weeks. She is now working again toward earning five good days in a row.

While she is by no means perfect, Hermona is kinder, more loving, more obedient, and less argumentative than she has been in a long time; plus, I am beginning to feel that she respects my authority. Our house is a much more peaceful place. Husband and I are happier, as one of our main sources of conflict (the kids’ discipline) is slowly being eliminated. We’ve also gotten practice practice at discussing and negotiating next steps without things turning into an argument, which is very significant for us. Overall, this process has been a HUGE win for our family.

We just wanted to sincerely thank you for your help and kindness toward us. The book has given us the tools we needed, and our phone meetings with you gave us the confidence to do what needed to be done to make our home a peaceful place. We know we aren’t out of the woods yet, and we must persist if we are going to eradicate the behavior (as in, finishing a course of antibiotics even though the symptoms are largely gone), but we feel equipped and no longer out of control. Thank you again, and we hope you and your family had a wonderful Christmas.

How inspiring! A perfect example of what I’ve been saying for years:

Note that as the little girl’s level of obedience to parental instructions improved, so did her overall affect. More obedient, more happy. That is a universal principle. It is why people who do their best to be obedient to God are generally much happier than atheists.

Note also that the husband and wife in question were not on the same page, and then they were on the same page and beginning to realize that a proper marriage requires letting the kids know that your relationship with one another greatly transcends any amount of relationship you have with any one of them. You are husband and wife first, and you make sure your kids know that and grow to appreciate and respect you for it.

This post-1960s thing known as “parenting” consisted of a set of propositions that caused a radical shift in America’s collective understanding of what raising a child was fundamentally all about. The pre-1960s parent understood that her most pressing obligation was not to her child but to her neighbor. That today’s parents believe quite the opposite says it all.

Proper childrearing begins with proper understanding and a proper attitude, one that calmly and authoritatively reflects that understanding, which can be expressed thus:

I’m telling you, if you don’t possess the right understanding and project it outwardly vis a’ vis a certain attitude, no disciplinary methodology is going to work for very long. Many of you in this audience have already discovered exactly that, but you don’t understand what you’ve discovered. And so, you are easily manipulated by mental health professionals who will want you to believe that your child’s behavior does not reflect anything about the quality of your parenting, which is, of course, impeccable, on the edge of supernatural, even, but has to do with genes, bio-chemicals, and brain differences, all outside the purview of your sphere of influence, but the truly amazing thing is that these explanations, without exception, are lies constructed for the single purpose of making your family a perpetual client of the mental health system. Lies??? Yep. For example, so one has ever quantified a state of chemical “balance” in the human central nervous system (it is impossible to do so); therefore, not even the world’s smartest neurologist can know what specific numbers are represented by the terms “out of balance” or “imbalance.” Therefore, a mental health professional who tells you that your six-year-old all boy inherited a gene from his father (more evidence of dad’s inherent defectiveness) that has caused a “biochemical imbalance” in your son’s brain, said professional is lying through his teeth. He may not even recognize that he is lying, which is characteristic of people who are really sick. Sociopaths. They tell these lies to conceal the fact that they don’t know what they’re doing. When you begin with a worldview that is false, you end up mired in falsehoods.

When I say stuff like that, America’s mental health professionals begin developing various facial tics. Many of them have used their local media to demonize me. The word they most often use is “dangerous.” Hmmmmm. Dangerous, am I? So, being the intellectually honest guy that I am, I tell a detractor that I will debate him publicly on his turf and he can publicize it any old way he chooses. My only requirement is that I get to invite whatever media I choose to invite. Not one detractor has been heard from again.

In the late 1960s, people began to gravitate away from scripturally-informed mere childrearing and toward “parenting,” an ideology based on atheistic psychological theory that promotes “democracy” within the family (also known as chaos) and the equally absurd idea that a child’s feelings, with very rare exception, tell one nothing about the child other than that he has not learned to think straight.